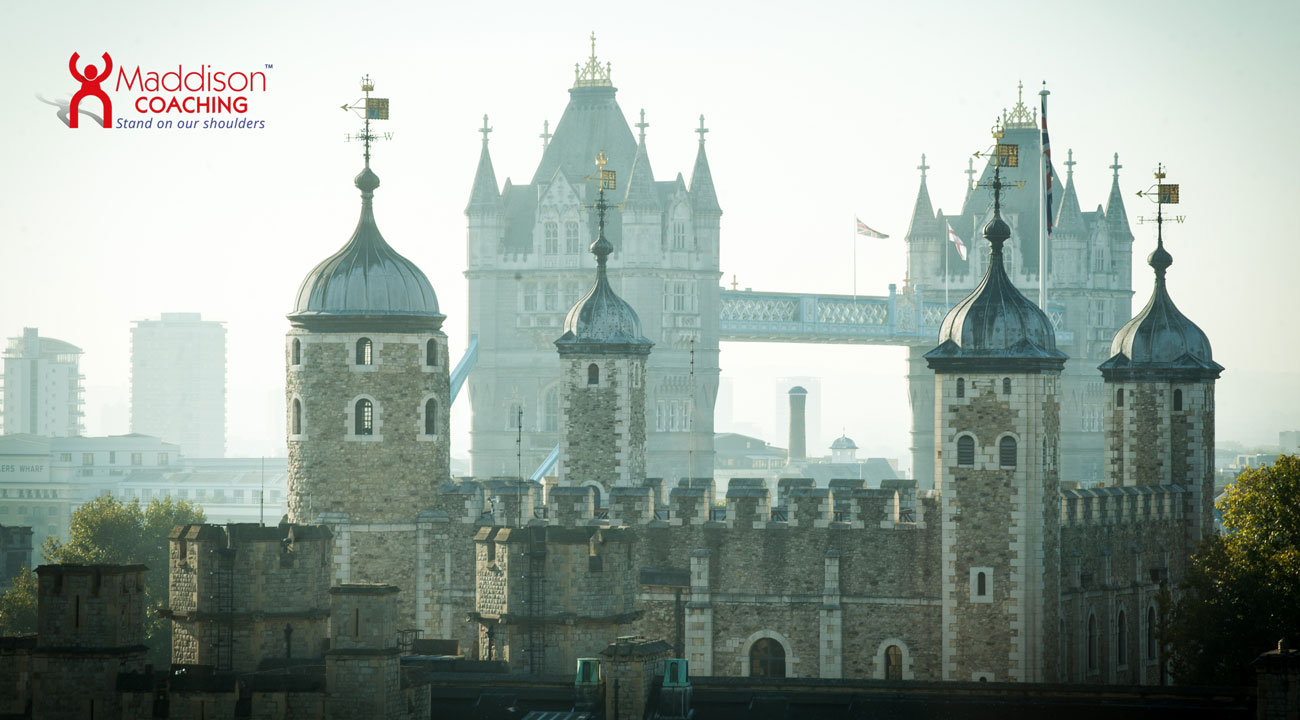 Wow – what an eventful six months it’s been for Maddison Coaching. From incorporation to a successful business launch event in the centre of London, with the best views in town.

Starting up in business is a bit like giving birth and nurturing a new born, but without the initial pain and subsequent weeks of milk and vomiting! But the sleepless nights and that edgy feeling of ‘what happens if anything goes wrong’ is pretty similar. Even those first three months when you have to wedge yourself into a great routine are fairly comparable.

During these early months it quickly became obvious that this new entity needed a team dynamic and the most important development for Maddison Coaching was establishing a team with a common ethos – a passion for improving human performance or to give a simple motto ‘helping people to be better’. Getting Claire, Andy, Jo and Sam on board was an amazing start.

Finding good quality people is difficult, and that’s where it’s really important to use your networks. Not just those networking groups you’ve joined specifically to expand your business, but also those that you’ve developed over the years both professionally and socially. You’re bound to have someone you’re connected with, who has the skills and expertise available to support you. I met Andy through Claire, who is a fellow Scout leader. Jo was my lecturer at University and Sam was a work colleague many years ago. And Abi Chadwick, who takes great photos for us (see all those shown in this article), I met at school drop off and pick up. These networks are certainly the sincerest, they’re people who I’ve kept in touch with because we like each other, and know that we can work together because we trust and respect each other.

The next essential ingredients during this ‘weaning’ period were to promote the Maddison Coaching ethos and develop a marketing strategy. The value of marketing in the early days is often under-estimated, and it is a significant cost – in terms of time and effort as well as financially. Without a good marketing plan and a clear message to share, it is virtually impossible to get your brand and services out there; especially in today’s media savvy society. It is a virtual thoroughfare with so many competing voices, and if you want to have time to focus on delivering good quality services then having someone exceptional to support your marketing campaign is really important.

All of the above has led up to Maddison Coaching’s business launch event – that moment when the parent decides to stop the bottle-feeds (milk for the child that is, not vino for the parent) and embark on solids! Setting the goal of delivering a symposium titled ‘The power of imagery to enhance performance’ was a massively exciting challenge. It was really tough to get the right balance of effort between creating exceptional presentation material and preparing a professional and enjoyable experience for attendees. Behind the scenes we also needed to get all the business basics in place: launching the website; arranging our banking, telecoms and insurance; setting up the office to receive and manage clients enquiries; preparing GDPR policy. Many of these are ‘the sprout jobs’, those you leave to the last because you don’t really want to do them but they’re good for you. But with a great team it was much easier. We’ve quickly worked out our different strengths and weaknesses – not everybody likes doing, or is good at the same things; and as a result we’re in a position that nobody could have imagined reaching on their own.

Now Maddison Coaching is established, and standing solidly on its own two feet. We’re ready to provide top class services to individuals and teams who want to be better! So as we say “stand on our shoulders and we promise to take you further than you’ve ever been before”.