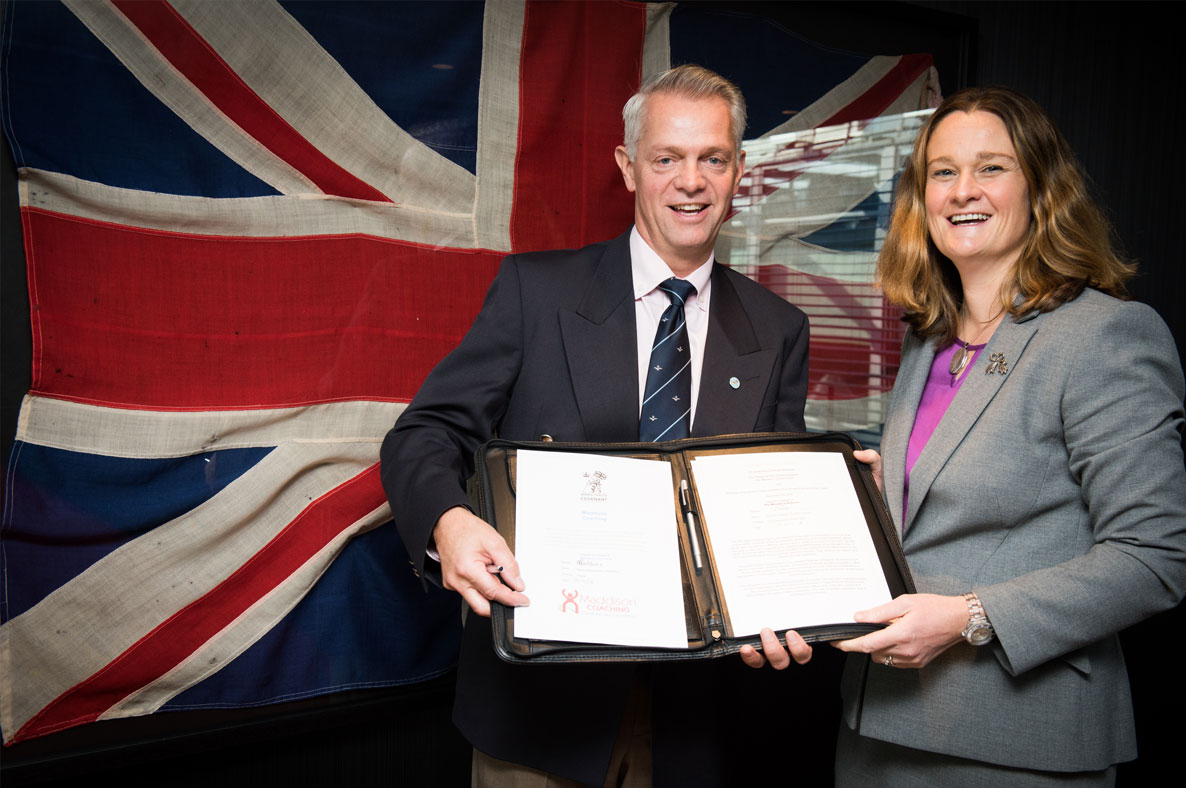 Vicky Maddison, owner of Maddison Coaching, has signed the Armed Forces Covenant to demonstrate her organisation’s commitment to supporting those leaving the UK military.

In front of delegates assembled at a Maddison Coaching symposium in Central London, Vicky was pleased to sign the Covenant, witnessed by Squadron Leader Christian Cornish of the RAF Sport Directorate, representing the Chair of the UK Armed Forces Sports Board.

The Armed Forces Covenant is a pledge which acknowledges that those who serve, or have served, in the armed forces should be treated with fairness and respect in their communities, and by the economy and society they serve.  Any organisation is able to make this pledge, from government bodies to charities and from private businesses to community groups.

“As a former Army officer, it was important to me to make this commitment on behalf of my organisation,” said Vicky.  “I was fortunate to benefit from some excellent training and experience whilst serving and have been able to found my business on them in civilian life.  I think it is only right that others should have a similar opportunity.”

Maddison Coaching’s symposium, called ‘The Power of Imagery to Enhance Performance’, was held at the prestigious CitizenM Hotel, Tower of London, and also marked the organisation’s official launch.  Attendees included event sponsors, Maddison Coaching associates and a range of professionals from both blue-chip businesses and the world of professional sport.

“At Maddison Coaching, we want to support everyone to reach their full potential,” said Vicky.  “By signing the Armed Forces Covenant today, I think this demonstrates that we mean everyone.”

For more details about the Armed Forces Covenant and how your organisation can get involved, please visit https://www.armedforcescovenant.gov.uk/get-involved/sign-the-covenant/