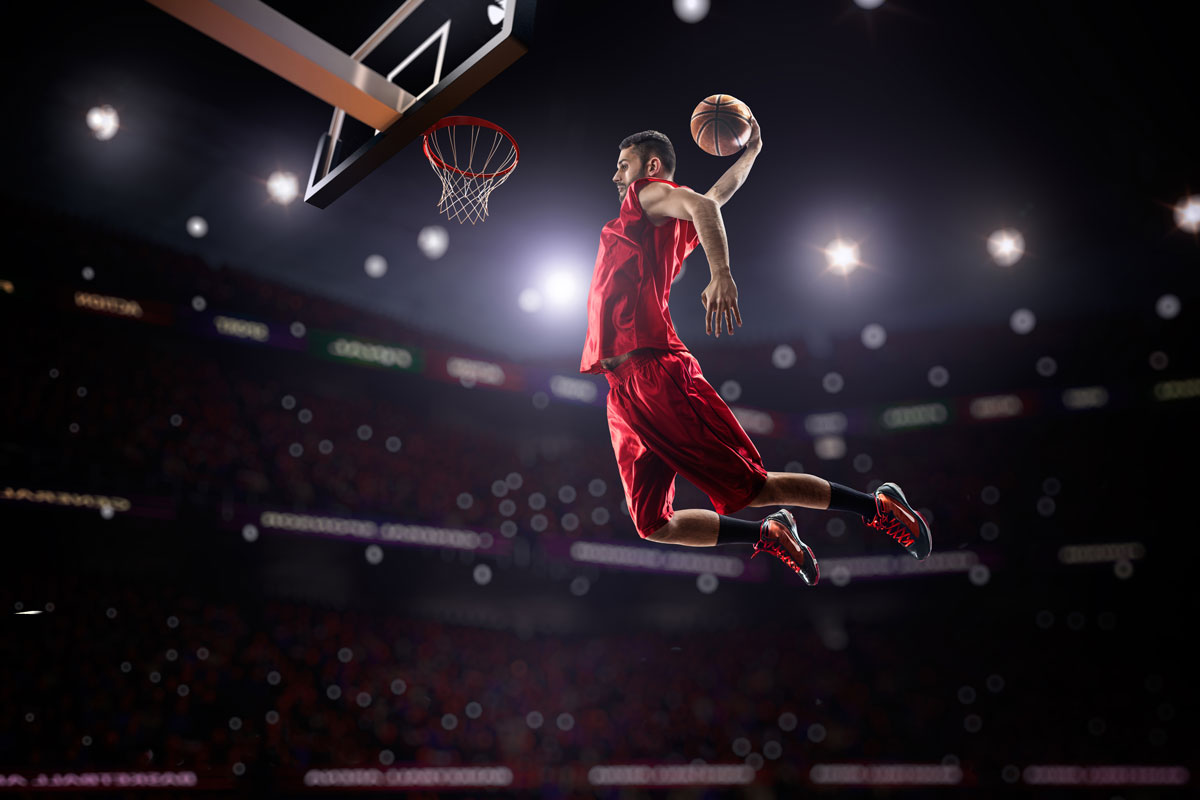 The NBA is described as “the most digitally savvy of the professional sports leagues” and Davis was asked how he saw VR impacting the game. His answer was that “it’s only going to enhance it; once they’re able to figure out how you marry the reality with the virtual reality, and you don’t lose the experience of your senses being heightened.” We can solve this problem today with imagery.

There are two potential uses for VR within the sports industry. The first being use by spectators for what is known as ‘gamification’ and the second use by the athlete to improve their performance. In this blog, we look at how VR might be used to enhance an athlete’s performance. As we’ve looked closer at this emerging technology it strikes us that it can’t evolve without considering the human aspect. Advancing technology is awesome but let’s not forget the power of the human mind to watch, feel, experience, learn and then replicate.

Children do this instinctively; a young lad having just watched Pogba score the goal of the season on TV then goes out in his back garden to replicate every touch and dodge; imagines the roar of the crowd and even copies the goal celebration (either good or bad). By acting out and reliving his hero’s performance, he is learning the skills by discovering how to move, feel and experience the moment. As adults we lose our instinct for ‘playfulness’ and with it our ability to use imagery to enhance our performance. VR might be a great solution for helping us to re-engage with imagery, but there are some fundamental principles to get right first.

Fundamental principle number one is the quality of the performance shown within the VR: not in terms of pixels but in terms of viewing a technique that is as close to perfect as you can get. Federer’s forehand drive, Thomas Röhler’s Javelin throw or Darcy Bussell’s pirouette would be examples of studying best practice to replicate with imagery. It’s no good using video footage of a flawed technique to enhance your own.

Fundamental principle number two is the position of view chosen within the VR: above, in front, behind, to the side with varying degrees of angle. There’s often a choice preferred by the athlete for imagery work. With the ability to view a variety of aspects using VR, a choice can then be made for imagery work depending on the desired effect e.g. motivational or cognitive.

Now here’s where VR in performance enhancement can’t be considered in isolation. VR can show you what it looks like to score a winning goal, but you can’t actually see or feel it; to echo Baron Davis, you can’t sense it. The next step to performance enhancement perfection needs further technology that can in some way externally transmit the image being created in the mind. Until that time, we have the innate gift of imagery to marry the virtual with the reality.